How will people land on Mars in the future 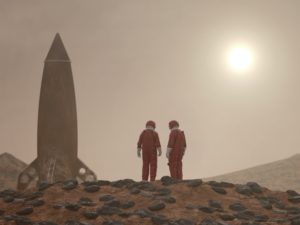 Recently, Elon Musk announced that he would launch 1,000 spacecraft to transport 100,000 people to Mars. Since Mars is the only planet in the Solar System other than Earth that can be habitable, some countries have proposed many plans for manned exploration of Mars and have created many technical reserves. Moreover, three probes landed on Mars in a year, which again caused the “Martian fever”. So how will humans land on Mars in the future?